The cost of data integrations is holding back air cargo from digitizing their systems and processes. This is stopping small and medium-sized companies from investing in paperless air cargo, writes Thelma Etim of Air Cargo Eye.

With no guarantee that their businesses will see a return on any investment in game-changing technology, a comprehensive worldwide e-freight platform will remain a pipedream, experts warn.

Until they see the prospect of enhanced profitability, many companies will simply stay out of the digital loop.

This industry-wide problem is being exacerbated by depressed airfreight volumes and lower prices, as slowing global trade, coupled with the downward spiral of rates due in part to a surfeit of passenger belly capacity, has left many air cargo businesses battling to survive let alone expand and modernize.

Apart from the big airlines and forwarders, air cargo has systematically failed to conquer the first target towards total e-freight: 100 per cent penetration of electronic air waybills (e-AWBs), he notes.

The International Air Transport Association (IATA) has consistently missed its annual targets for e-AWB penetration and this failure bears testament to the overall reluctance to digitization – despite the numerous pro-e-AWB discussions among major players at ubiquitous air cargo conferences.

Baxter is sure that the sizable additional capital needed to update technological platforms is one of the main reasons why so many companies are still using the outdated CargoIMP messaging service.

“In order to make the change, they have to recruit the correctly skilled people, build the right structure, etc and that is going to be pretty costly,” he asserts.

Youredi specialises in the wholesale enablement of automated delivery, receipt and acknowledgement of electronic documents, or messages including e-AWB, e-freight, e-Custom, e-billing and e-invoicing.

The firm, which works with a diverse number of major global logistics and forwarding companies, has devised a cloud-based solution that converts customers’ data into a format that is then acceptable by a forwarder or carrier at minimal cost.

Youredi also counts the carrier partners and forwarders of the Cainiao Network, the logistics affiliate of Alibaba Group, among its customers.

“We can do the data integration between the smaller companies, the forwarders, carriers, and their customers and meet the e-freight requirements in terms of digitising,” he explains.

“We are also talking to some very large carriers to do exactly the same thing for them. They need to be able to send an e-AWB to smaller players that do not even have Cargo–XML capability,” Baxter continues.

The software company, which has a subsidiary in Massachusetts, USA and offices in Singapore, says it can complement the existing e-AWB programmes the larger air cargo operators have in place to help them attain 100 per cent e-AWB penetration.

“We want people to be able to engage in the air cargo community electronically without having to change their existing infrastructure and processes.”

The reality is that digitised data already exists in different systems. “We just need to take its existing format and then convert it to one that other people need so that’s the value that we bring to the table,” he claims.

Youredi recently entered into a strategic partnership with IATA, focusing on Cargo-XML.

Aside from the cost implications, Baxter believes more individual national state involvement is needed to encourage the airfreight industry to move more quickly towards 100 per cent e-AWB penetration. “It comes down to the regulations in different countries,” he observes. “If there is no government mandate, then it doesn’t happen. Regulatory bodies need to put pressure on some of these organisations (airports and ground handlers) to allow airlines to expand using e-AWBs.”

The airline body’s figures for April show Ethiopian Airlines is leading the way with one of the highest levels of e-AWB penetration (77.1 per cent), followed by Delta Air Lines (73.1), Federal Express (71.8) and Cathay Pacific (71.4).

Among the forwarders, Hellmann Worldwide Logistics is in top spot with 58.9 per cent penetration, whilst Expeditors Group is second (58.8), Panalpina in third (56.9) and Schenker fourth (52.6). 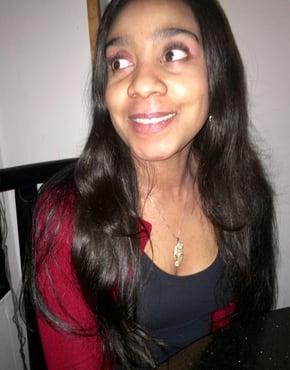 Thelma Etim is the founding editor of air cargo industry news website aircargoeye.com An experienced news and features journalist, she has worked for British regional newspapers and online publishers, including the BBC, in a successful career spanning more than 20 years. For the last four years she has specialised in writing and researching the worldwide air cargo logistics industry and was previously deputy editor of print and online newspaper Air Cargo News.